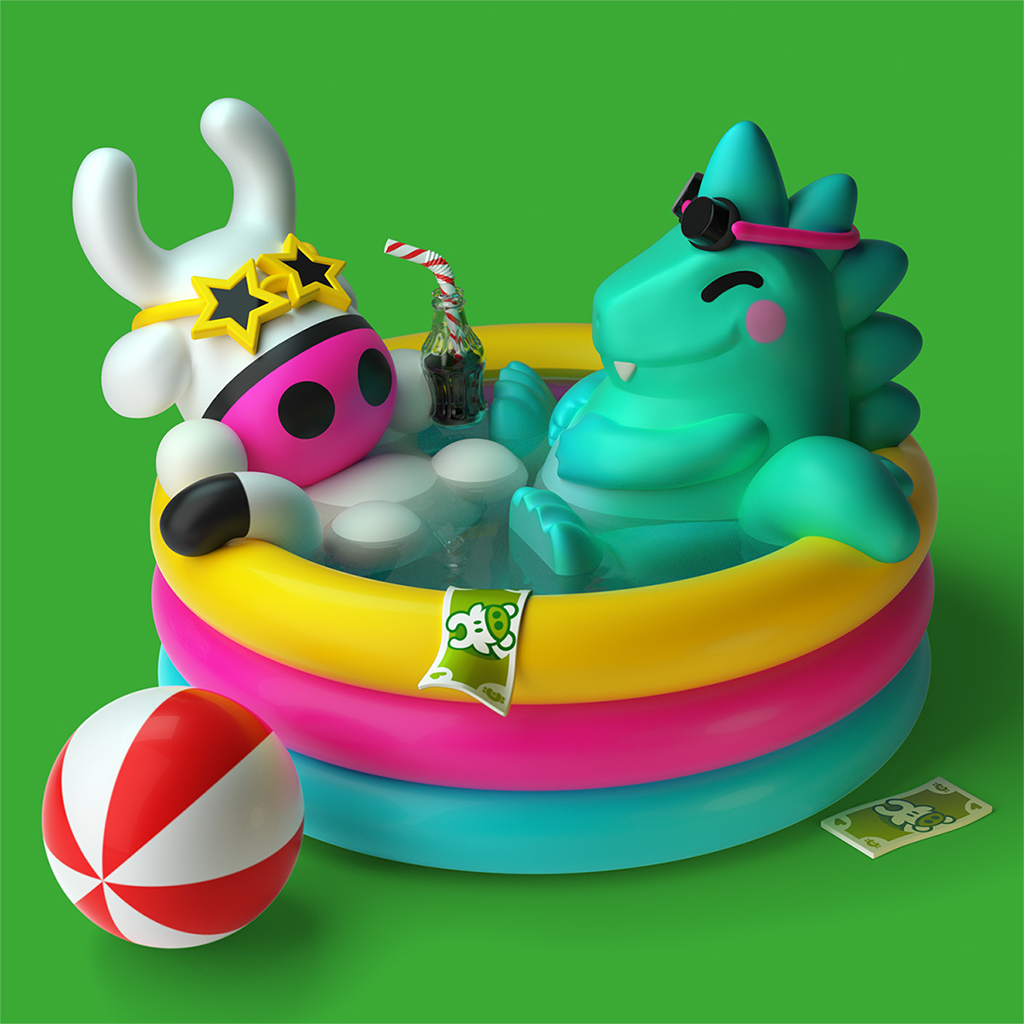 in 2013 I had the pleasure to come check out the very first  Art Toy convention in England “ToyCon Uk”, of course for its first year this venue was quite small, but with lots of awesome, friendly & talented Artists, TADO, Squink, Podgypanda just to name a few. So this year when registration came I decided to take part of it, although it was a long way from Japan.

This time I chose to go with Green for the main color atmosphere of my booth and I felt like Cowly should be chilling with the Toyconosaurus which is the Mascot of ToyCon Uk, so I designed my booth around this, I made two version a 3D one and a vector one that I use to print my backdrop on vinyl. Postcards, wooden keychains, and of course vinyl Toys were on sale at my booth. Thanks to everyone that stopped by to say Hi and also for everyone that adopted a Cowly. It was so nice to see you all there.

I believe this year the exhibition was at least two times bigger than last year. Check out the video I took 20 minutes before the opening of ToyCon UK 2014, Also for a more in-depth look at the exhibition I encourage you to go check out this video.