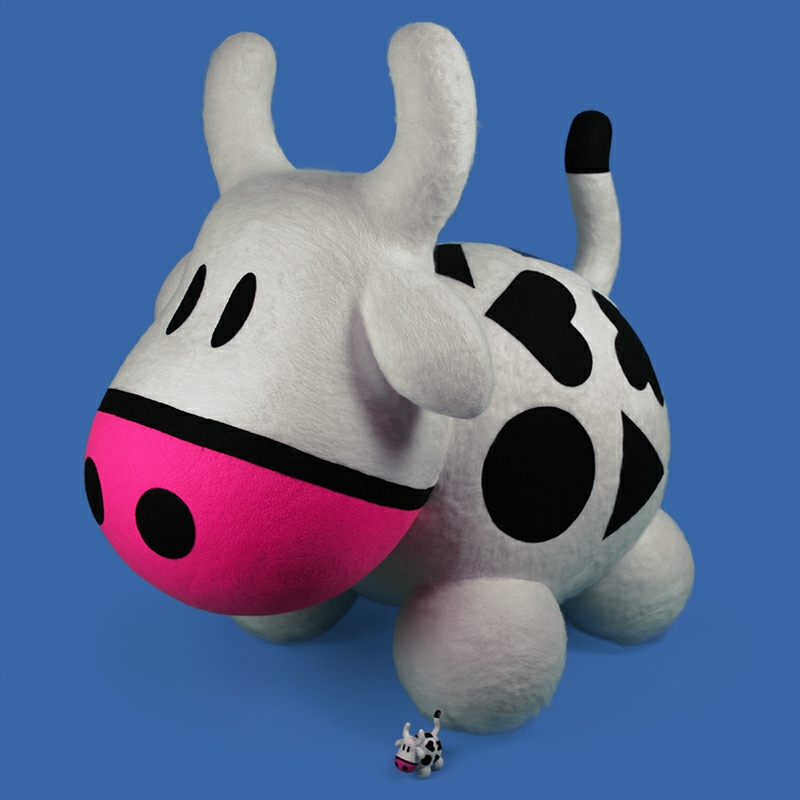 in 2011 for my first exhibition in Taipei I had in mind to build a huge Cowly made out of felt , unfortunately I quickly realised that making it entirely out of felt would take me forever, so at the time I settle down on a 3″ version made with the needle felting technique.

So this year when I got invited to attend Taipei Toy Festival 2012, the idea of a Giant Felted Cowly was still wondering in my head, but this time I thought I should approach things differently, I first took the original 3D model of Cowly and found a software called 123DMake that I could use to slice my model with a custom thickness for each slice, once each slice was exported in vector I then printed them out ( 48 slices in total ) and slowly started to cut each of them out of styrofoam sheets, gluing them on each other one at the time,

after all the Styrofoam slices were assembled I started smoothing things out by removing the sharp edges with a standard Stanley knife. Once the model was smooth enough I started adding the felt to the model with the same needle felting technique use for the previous 3″ version. After a month of hard work the one meter high Giant Cowly was ready for Taipei Toy Festival 2012. People loved it so much (kids especially) that within the first day it was already broken in several places. But anyway now the Giant Cowly as been fixed, you can click here to see more high-res pictures.