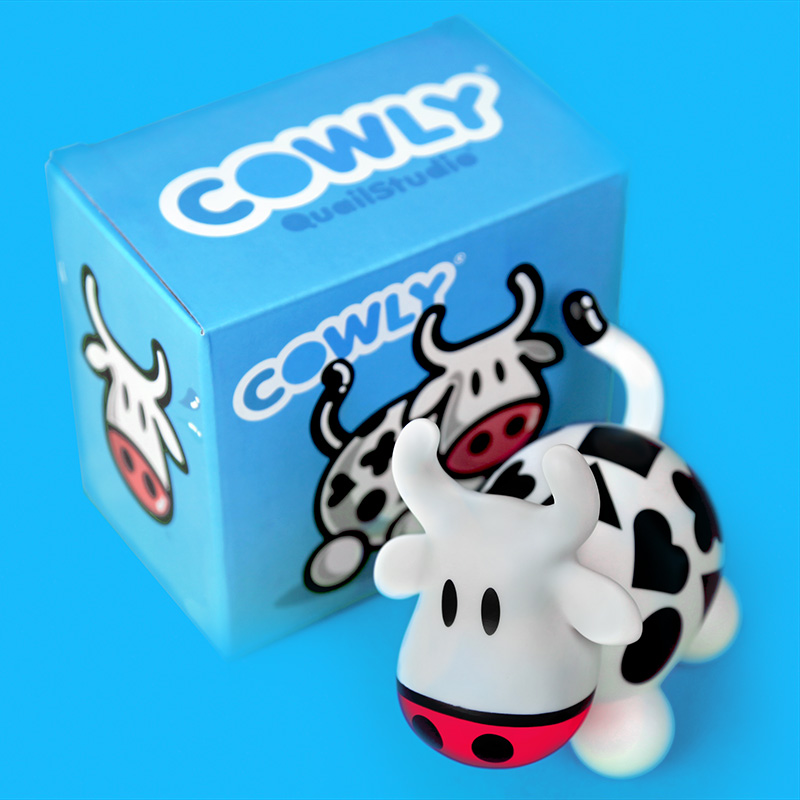 So after a year of preparation my first 4″ Vinyl Toy Cowly was displayed during Taipei Toy Festival 2012, So why is it called “Pre-Release Edition” ? well there are few reasons for that, this first batch of Cowly is really a draft and so color was not the right one also the eyes and line of the nose are not exactly where I wanted them to be. So I returned most of them to the factory I kept few Cowly for those who wanted it in advance, you will find them in my online store as a Pre-Release Edition. there are only 195 Pre-Released Cowly made with a Red-ish nose and 79 Pre-Release Monochrome Edition. Hopefully the final Cowly Toy should come out soon.